The land upon which we cultivate vines is one of the best in the world.

These are reliefs located 200 m above sea level which geologically formed approximately 40-50 million years ago: the Friuli plain was invaded by the sea and the coastline almost reached the Julian Prealps. Throughout millennia, on the bottom of this ancient lagoon, a slow process of sedimentation began to take place which led to the creation of imposing formations which, as the sea retreated, emerged from the waters. These Eocene sediments today appear as an alternation of marl strata (calcareous clay) and sand strata (calcified sands) which has an instantly recognisable configuration known in this region as ponca. These lands are extraordinarily well-suited for viticulture thanks to their composition and location.

It is on these splendid terraced slopes, framed by spacious woodland, that our vines grow according to tradition, but also following the modern guidelines of integrated agriculture which ensure sustainable viticulture that complies with the integrated management of financial and environmental resources.
From the tops of these hills, it is possible to see on the horizon the glimmering of the Adriatic sea which ensures a constant breeze, and the Julian Alps behind, protecting from the cold northern currents. This mild, aired climate benefits the 2000 vine-covered hectares of the Eastern hills which have been nicknamed ‘The Park of the Vines and Wine’.

Where we are, how to contact us and how to make a reservation

The winery opens, by appointment, from Monday to Saturday morning.
It closes during August holiday.

How to reach us 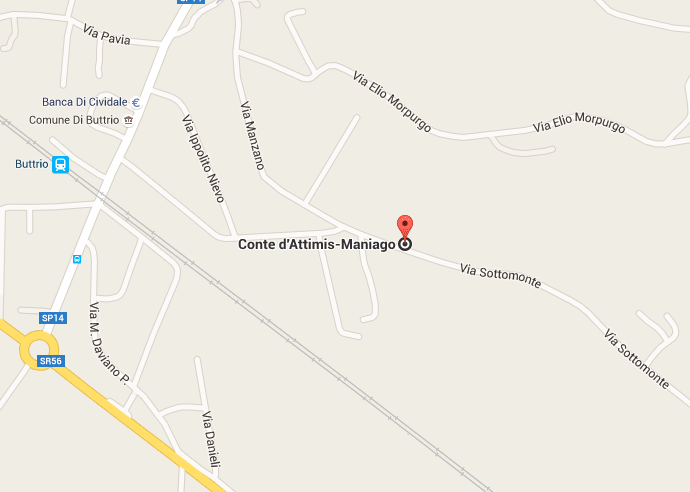